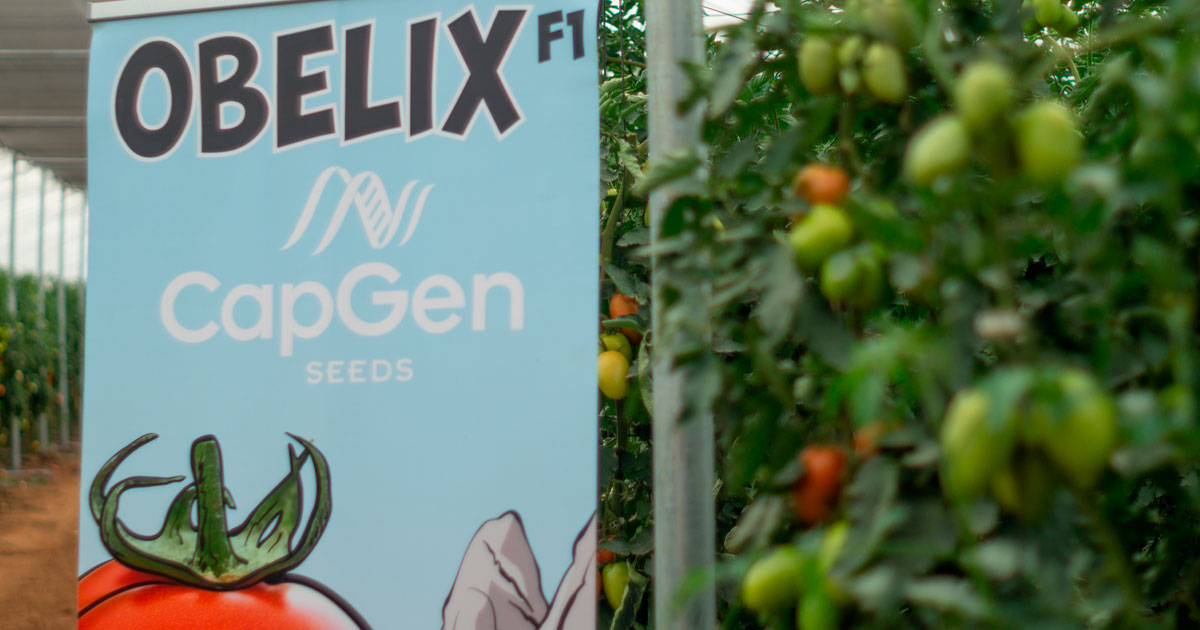 CapGen Seeds has held several open days in the area of Zafarraya (Granada) to show first hand the great adaptability that has obtained its large caliber oval tomato, Obelix, in this area for short cycle

The seed house of Almeria origin, CapGen Seeds, has conducted several open days in the area of Zafarraya (Granada), between late September and early October, in order to meet first hand the farmer in this area and also to present one of the star varieties of the company, as is the large caliber oval tomato Obelix.

In this case, the aim was to demonstrate the performance of the Obelix variety with the rootstock of the same company, Mozart, in short cycles in the area of Zafarraya (Granada). For this purpose, the workshops have been divided in time, leaving two weeks between each other, giving the farmer the opportunity to see the same crop in different conditions.

There were many farmers and field technicians from distributors in the area, such as Hortoventas technicians, who came to the conference to learn first-hand about the large-caliber oval tomato they had heard so much about, but had not had the opportunity to see until now. And many of these were also those who repeated their interest in the second round of the day, to assess the evolution of the crop after the change in temperature and rainfall.

The conference was led by Arantxa Victoria, new sales manager of CapGen Seeds and responsible for the province of Granada and Malaga. She was joined by Lucas Ruiz, responsible for tomato development, to solve any technical questions from growers, as well as Jose Antonio Ibarra, the company’s sales representative.

“We thank all those interested for their travel, also for the recommendation of our Obelix tomato in the Hortoventas cooperative and the acceptance of the variety among farmers. It was an extraordinary moment shared“, says Arantxa Victoria, sales manager in the area of Granada.

From CapGen Seeds, they inform us that these are not the only days that will be held, but they are already preparing the next days, but this time in the area of western Almeria, where they promise to present the latest developments they have prepared, in addition to other varieties that are already established in the market. Capital Genetic could not miss the event and, as every year, attended the Irapuato fair where it presented new varieties for the Mexican market

CapGen Seeds has held several open days in the area of Zafarraya (Granada) to show first hand the great adaptability that has obtained its large caliber oval tomato, Obelix, in this area for short cycle 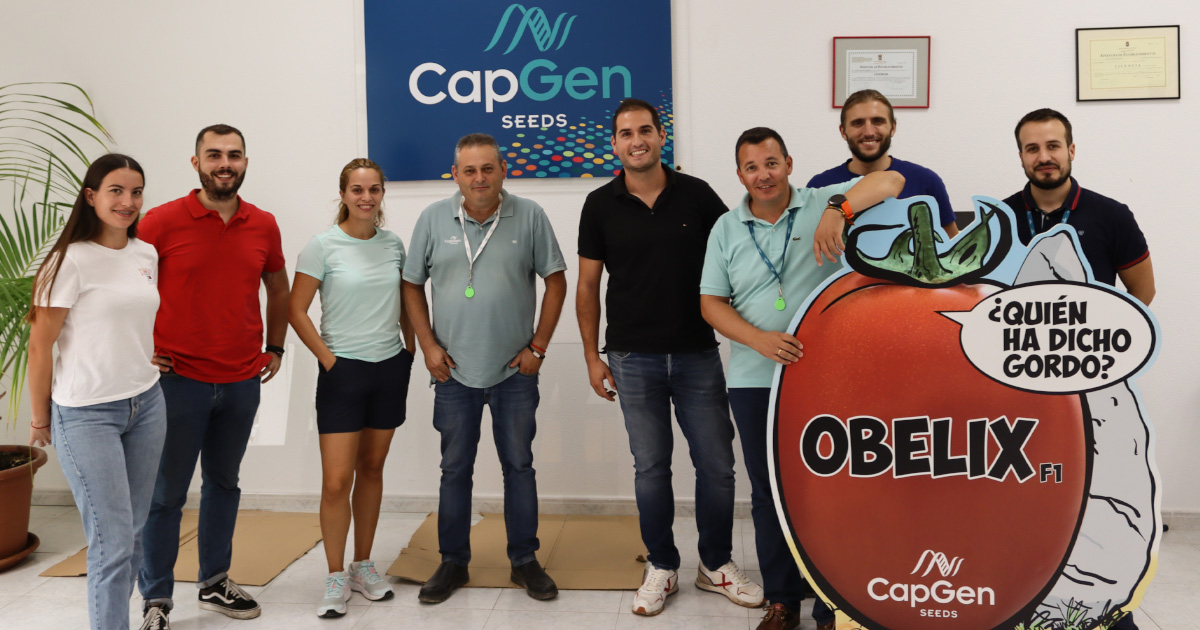 We are renewing ourselves by taking advantage of the great potential 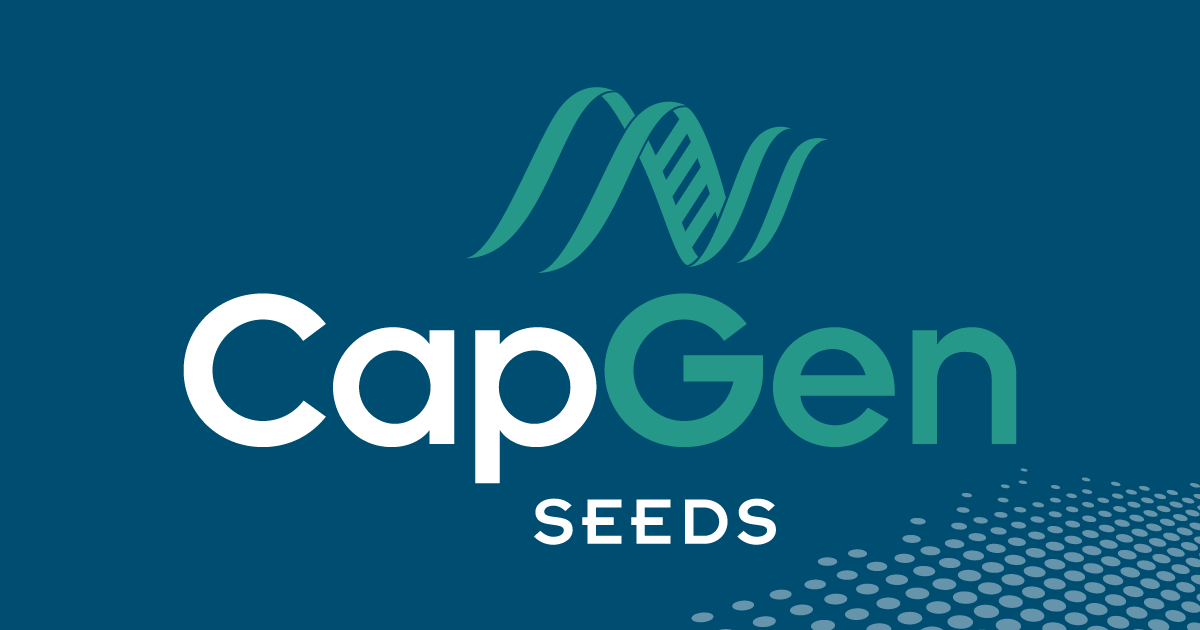 CapGen Seeds will invest in facilities, release new software and generate employment in the new season

We use cookies on our website to provide you with the most relevant experience by remembering your preferences and repeat visits.

By clicking "Accept", you consent to the use of ALL cookies, you can also withdraw your consent or object to the processing of data processing based on legitimate interests at any time by clicking on "Configure" or on our Cookie Policy on this website.

This website uses cookies to enhance your experience while browsing the website. Of these, cookies classified as necessary are stored in your browser as they are essential to the operation of the basic functions of the website. We also use third-party cookies that help us analyze and understand how you use this website. These cookies are stored in your browser only with your consent. You also have the option to opt-out of these cookies. However, opting out of some of these cookies may affect your browsing experience.
Functional
Functional cookies help to perform certain functionalities like sharing the content of the website on social media platforms, collect feedbacks, and other third-party features.
Performance
Performance cookies are used to understand and analyse key performance metrics of the website, which helps to provide a better user experience for visitors.
Analytics
Analytical cookies are used to understand how visitors interact with the website. These cookies help provide information about metrics on the number of visitors, bounce rate, traffic source, etc.
Advertising
Advertising cookies are used to deliver relevant advertisements and marketing campaigns to visitors. These cookies track visitors to websites and collect information to deliver personalised advertisements.
Others
Other uncategorized cookies are those that are being analyzed and have not been classified into a category as yet.
Necessary
Necessary cookies are absolutely essential for the website to function properly. These cookies ensure basic functionalities and security features of the website, anonymously.
SAVE & ACCEPT
Powered by