At Capital Genetic, we are taking the step towards new powdery mildew resistant varieties of Californian pepper.

Agriculture, like everything else, is in constant movement, demand, habits, needs… are always changing. Currently, the market for horticultural seeds is demanding different needs, such as an intense flavour, good conservation, high productivity and, above all, that they are highly resistant to diseases and pests.

Every year, new pests and diseases appear that attack the crops and make it difficult for the farmer to have a good production or a constant production, therefore, it is a high priority for the sector to develop varieties with resistance to these enemies of the grower.

In the case of blocky pepper, we can mention the fungus Leveillula Taurica (LT), better known colloquially as ash or powdery mildew. This disease has been affecting mainly blocky pepper and tomato crops for some years now, and can wreak great havoc on crops. It is one of the most important diseases in the cultivation of peppers under plastic.

The disease develops on the leaf of the plant and progressively reduces the photosynthetic capacity of the plant, while reducing and slowing down its production. If not treated in time, the plant may die.

From the first moment that the alarm bells rang with powdery mildew (Lt), our research team and geneticists of the seed company from Almeria, CapGen Seeds, began to investigate in this direction, seeking to cooperate with farmers to solve the problems caused by this fungus.

After years of research, CapGen Seeds now has several pre-commercial varieties of blocky pepper with powdery mildew resistance. One of these is the late red ripening blocky pepper CGP2223, which the seed company is currently introducing in Almeria.

This blocky pepper is characterized by having a vigorous plant, open growing, with a powerful root system and a continuous load throughout the cycle. In addition, it has square, G-caliber fruits, intense color, both green and red, high brightness and one of the main qualities of this variety, which is its high speed of maturation.

“Besides CGP2223, our team continues testing our new generation of LT tolerant varieties CGP2212 and CGP2395 in farms in western and eastern Almeria. Both are blocky peppers of extraordinary quality in color, brightness and shape. They have a G and GG caliber, respectively, and have very good fruit load for both green and red harvesting,” said Rafael Cremades, commercial director of CapGen Seeds.

In addition to these varieties of blocky pepper, which we are launching at the moment, at CapGen Seeds we have entered a phase of catalog expansion, in which we must emphasize the segment of tomato specialties, which is currently very advanced according to the company itself, and where they assure us that soon they will have new types of specialties that will be accompanied by different resistance packages so important today. 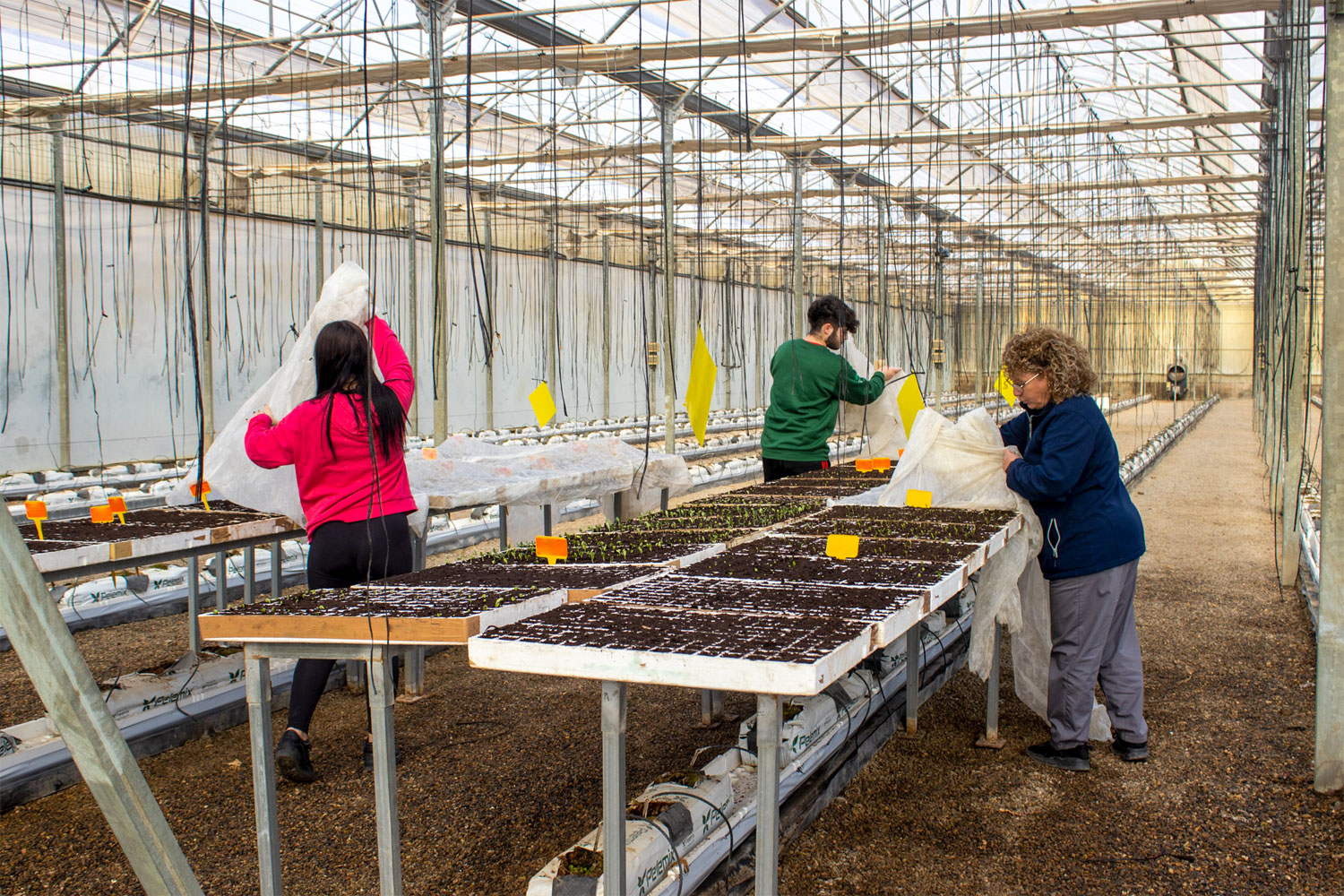 Students from the Escuela Agraria de Vícar and the Escuela Familiar Agraria Campomar will do their training internships at the CapGen Seeds facilities. The new architectural work in pepper has just arrived, it is the Gaudi california pepper from CapGen Seeds.

At Capital Genetic, we are taking the step towards new powdery mildew resistant varieties of Californian pepper.

Capital Genetic could not miss the event and, as every year, attended the Irapuato fair where it presented new varieties for the Mexican market

We use cookies on our website to provide you with the most relevant experience by remembering your preferences and repeat visits.

By clicking "Accept", you consent to the use of ALL cookies, you can also withdraw your consent or object to the processing of data processing based on legitimate interests at any time by clicking on "Configure" or on our Cookie Policy on this website.

This website uses cookies to enhance your experience while browsing the website. Of these, cookies classified as necessary are stored in your browser as they are essential to the operation of the basic functions of the website. We also use third-party cookies that help us analyze and understand how you use this website. These cookies are stored in your browser only with your consent. You also have the option to opt-out of these cookies. However, opting out of some of these cookies may affect your browsing experience.
Functional
Functional cookies help to perform certain functionalities like sharing the content of the website on social media platforms, collect feedbacks, and other third-party features.
Performance
Performance cookies are used to understand and analyse key performance metrics of the website, which helps to provide a better user experience for visitors.
Analytics
Analytical cookies are used to understand how visitors interact with the website. These cookies help provide information about metrics on the number of visitors, bounce rate, traffic source, etc.
Advertising
Advertising cookies are used to deliver relevant advertisements and marketing campaigns to visitors. These cookies track visitors to websites and collect information to deliver personalised advertisements.
Others
Other uncategorized cookies are those that are being analyzed and have not been classified into a category as yet.
Necessary
Necessary cookies are absolutely essential for the website to function properly. These cookies ensure basic functionalities and security features of the website, anonymously.
SAVE & ACCEPT
Powered by